Let’s just get one thing straight right away. You can’t talk about the new restaurant Katla without mentioning Pjoltergeist. In my opinion, the greatest casual restaurant in Norway, which closed its doors for good on June 2nd this year. Already before the last meal was served, however, it was clear that the head chef, Atli Mar Yngvason, would open a new restaurant later the same year. That restaurant is Katla and it officially opened on Tuesday the 28th of August. Finally, Atli is back doing what he does best – cooking damn fine food. This time, he has a much larger space at his disposal, with an open-fire kitchen that makes out the heart of the restaurant. The wait is over. Osloites can now rejoice over the return of the Atli! If you are visiting from abroad, this should be your no. 1 casual eatery  to consider in Oslo. 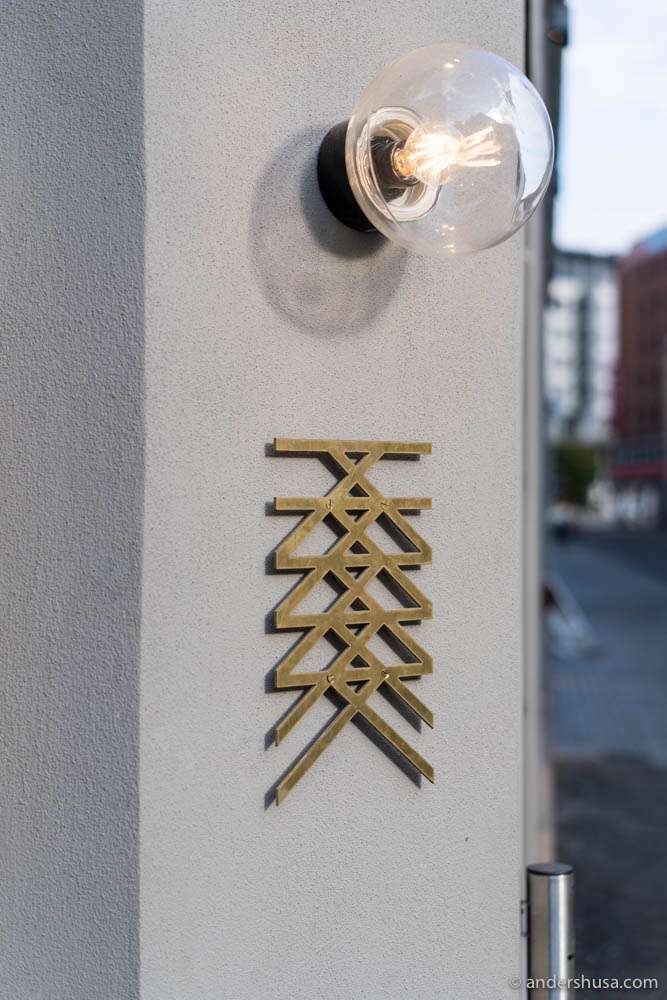 When Pjoltergeist opened in 2013, Atli’s food was described by many, myself included, as a fusion of Icelandic and Korean cuisine. Whether that was correct or not, Atli’s food has changed a lot since then. His influences at Katla still come from Asia to some degree, but now more from Japan. Iceland is not so evident on the plate anymore. The biggest change, however, is all the Mexican elements which were added already after Yngvason’s visit to Noma Mexico last year and continues to dominate the new menu at Katla as well. Ironically, Atli makes better Mexican food than most Mexican restaurants in this city. Now, the question everyone is wondering, of course: Is the food as good as before? Luckily, the answer is yes, perhaps even better. 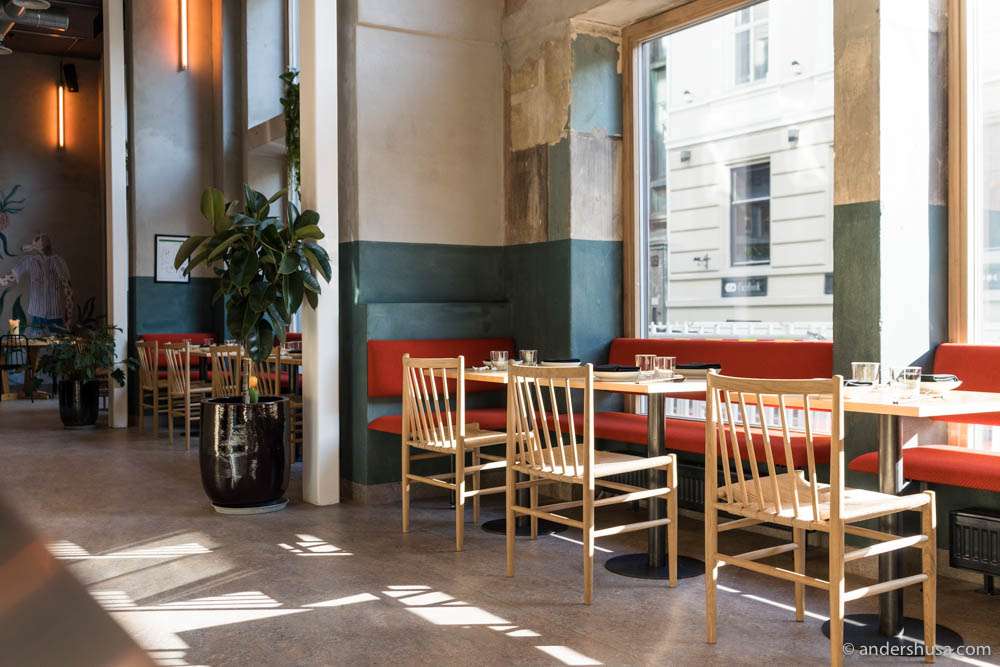 But does the place feel the same way as Pjoltergeist? No, absolutely not. The ambiance is completely different. You can’t replicate the bar vibe from that dark and dirty basement on Rosteds gate. Thankfully, Atli and his new partner, the Lava restaurant group, haven’t tried to do that either. Where Pjoltergeist was gloomy and almost claustrophobic, Katla is open and light with lots of space.

Immediately as you enter the room, you are faced with two options. On the left side, past the awesome-looking sculpture on the wall by Jim Darbu, is the bar area where you can drop by at any time for a snack and drinks. The bar menu features classics like chicharrón (pork cracklings with bacon mayo), pimientos de padrón, takoyaki, chicken wings, and steam bun burger, but also some new items, including Côte de Boeuf (NOK 1000 per kilo), lamb shawarma, and crab tostada. I can’t wait to hit the bar and try all these. This evening, however, we took a right turn towards our pre-booked table. 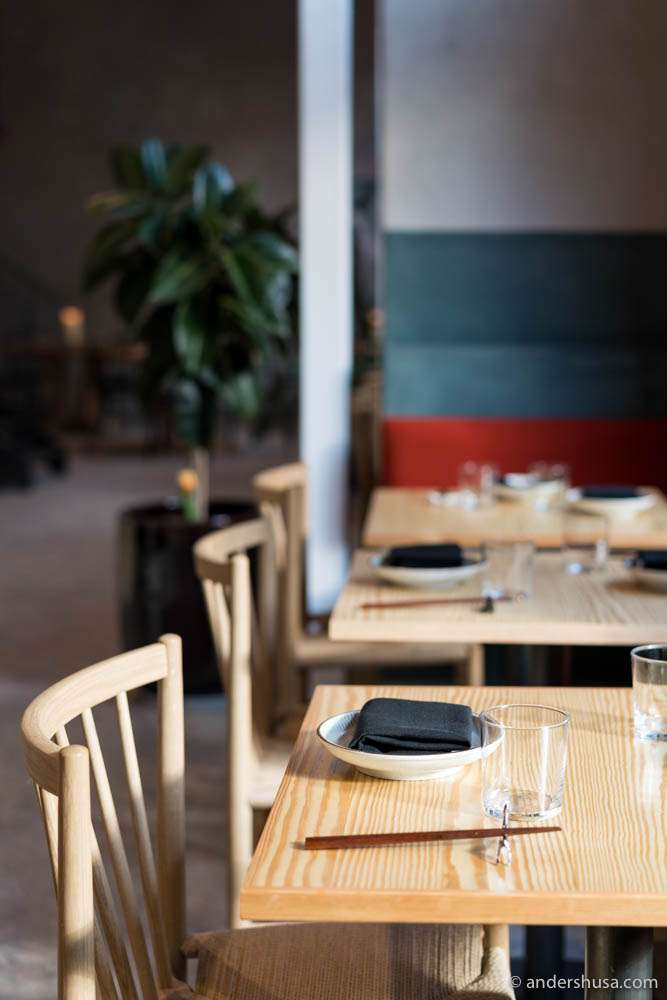 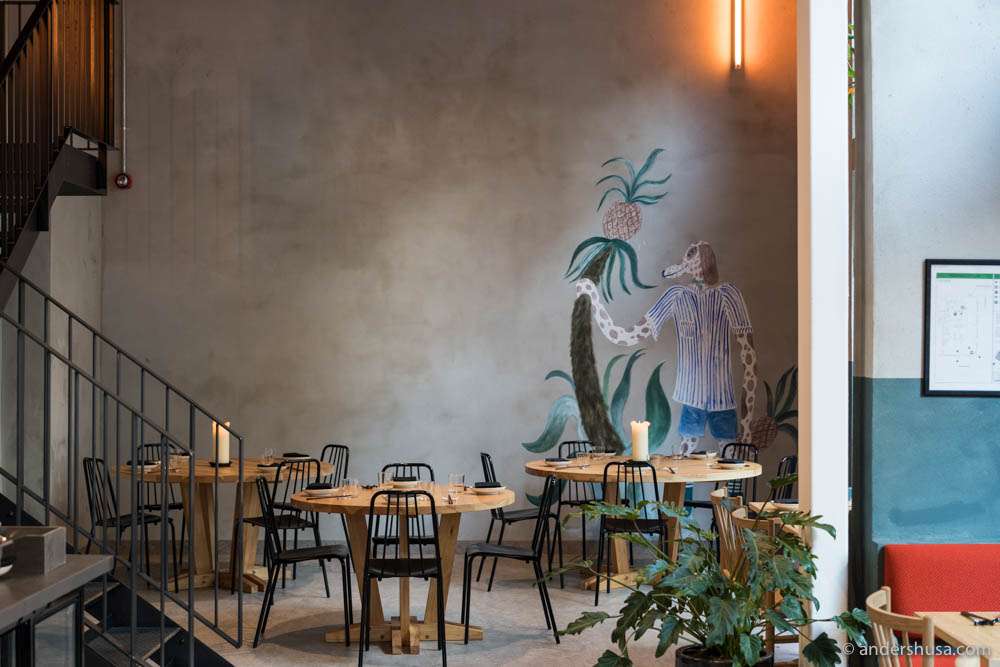 Atli has left his old Pjoltergeist partners Sverre Bøyum and Susanne Martens Låstad and reunited with his old boss Even Ramsvik (from Ylajali where Mar Yngvason served as sous chef). Considering that Ramsvik is not cooking anymore, I think it’s safe to say that the student has become the master. By his side, Atli has the former Maaemo sommelier Petter Svanæs as head of beverages, Natalie Fryxell as the restaurant manager, and another Maaemo alumni, Stefanie Schneider, in the front of house. In the kitchen, I noticed some familiar faces, too, including Martin Guin Troset.

If you book a table, which is now possible through an actual booking system (unlike Pjoltergeist’s odd SMS policy), you automatically sign up for the restaurant’s eight-course menu (NOK 850). Shortly after finding our seats, a recognizable snack serving was placed on the table. Chicharrónes – the same pork cracklings with bacon mayo that I could not live without at Pjoltergeist. How they get them that crispy and airy is beyond me.

In addition to a great wine list, Katla has a dedicated Margarita menu. We decided to order a selection of three different ones – classic, spicy (with habanero) and hibiscus. They arrived at the same time as the second snack – blue corn tostadas with freshly-made guacamole. Again, I was surprised by the texture of the tostadas. Incredibly crispy, flaking like burnt paper, and with no trace of any frying fat. The trick, it turned out, is to leave them in the heating cabinet after deep-frying to let the oil run off. Unparallel flavor balance and freshness is the best way I can describe the guacamole which Katla’s chefs make à la minute for all guests in a large mortar that, apparently, has been primed with a paste of chili and garlic which is burnt into the stone.

At Pjoltergeist, Atli used to serve grilled flatbreads with a chicken liver mousse. The first course at Katla was a version of this, but now with a mackerel salad instead. A great way to enjoy this seasonal fish. Two different cuts of bluefin tuna were served tataki-style (only slightly seared). Toro, the fatty part of the belly, melted in our mouths. No need to chew at all. Akami, the leaner back meat was not as creamy, but still soft and full of flavor. Considering the generous serving sizes, I could already tell we were not going to starve this evening.

Scallops, gently cooked, came with an intensely flavored XO sauce made from dried scallops. The complexity of this sauce is amazing, with an almost meaty texture and a rich and spicy taste. A highlight of a dish, but perhaps would it have been even better if the scallops were slightly more caramelized on the outside. At least, that’s my personal preference.

Takoyaki, just as you will remember the dish from Pjoltergeist, was next. Delicious, greasy, balls of batter-fried octopus, topped with takoyaki sauce, Japanese mayonnaise, and sprinkled with spring onions and shavings of dried bonito (that are so thin that they look like they are moving when placed on something hot). How could you go to Pjoltergeist without ordering these? The same can now be said about Katla.

A grilled turbot came with a creamy sauce, finely sliced lettuce, onions and herbs, and a good dollop of caviar on top. Just lovely. I hope this is a sign that Atli won’t be using the cheap avruga caviar substitute anymore, which I cannot stand. Fake fish roe is almost as bad as crab sticks. Building up towards the main course, we got a serving of roasted small potatoes in a rich oxtail broth with bone marrow. The potatoes had a marvelous texture and almost popped in the mouth. Looking for pungent flavors? Atli delivers. This was one of the top dishes!

Pork head taco came on the table, sadly already cleaned off the pig’s face (I was hoping for a show and a nice photo!), but it didn’t affect the taste, of course. Atli is really nailing these authentic Mexican flavors now. The meal ended with a simple dessert, again, in the typical style of the head chef. Milk ice cream with crumble and plum was decent enough, but I imagine it probably worked better with the blueberries that were on the menu the first week. The plums were not acidic enough and the pieces too large, in my opinion. A slight anti-climax, but not big enough to take anything away from the marvelous feeling of having Atli back cooking in the kitchen. Oslo is not the same without his masterful flavor combinations and unique dishes. Pjoltergeist’s food is back. It’s just called Katla now.