The World’s 50 Best Restaurants (W50B) awards just went down in Singapore – one of my favorite street food cities in the world. Of course, we were present to cover the events (and to eat all the food)! Two major changes affected the list this year. First of all, the list was extended from 100 to 120 restaurants in celebration of San Pellegrino’s 120th anniversary. Secondly, the Best of the Best-list was announced, effectively changing the top-list by removing all of the past winners, including Osteria Francescana, El Celler de Can Roca, and the Fat Duck, from the competition. The original Noma was also moved to this top list, but the W50B organization still allowed René Redzepi to remain in the competition with Noma 2.0. As a Scandinavian, Noma will always be close to my heart. For the same reason, both Geranium and Frantzén was also huge favorites for me this evening. In fact, I consider Frantzén the best restaurant in the Nordics at the moment. This year, Björn Frantzén and his team re-entered the World’s 50 Best-list as no. 21 (up from no. 65 last year), having previously held the no. 12 spot back in 2013. I’ll be honest, I thought they would go directly into the top 10 list and I think they are a strong contender for the no. 1 spot in the coming years. Geranium jumped from no. 19 to no. 5. Impressive and well-deserved! As if it wasn’t a big enough day for Denmark, Noma re-entered the list as no. 2, which is the highest new entry in the history of the W50B-list. But no one could take away the no. 1 spot this year from chef Mauro Colagreco and his restaurant Mirazur in Menton, France. Huge congrats!

No. 44 – The Test Kitchen, Cape Town, South Africa (The Best Restaurant in Africa)

No. 6 – Central, Lima, Peru (The Best Restaurant in South America)

No. 4 – Gaggan, Bangkok, Thailand (The Best Restaurant in Asia)

No. 1 – Mirazur, Menton, France (The Best Restaurant in Europe and the World) 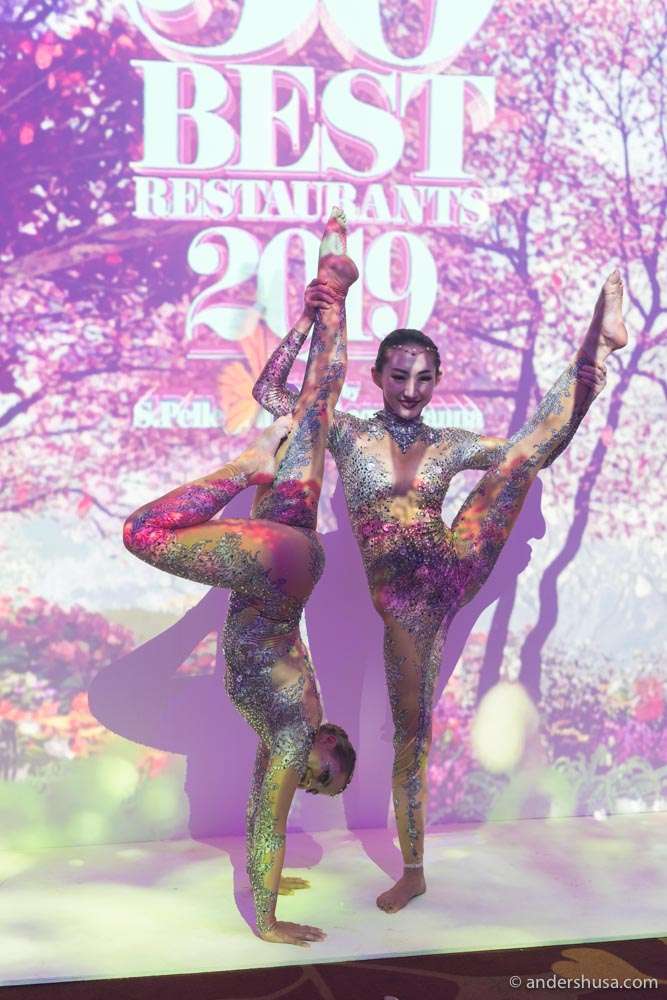 How many of the Worl’s 50 Best Restaurants 2019 have you dined at? Feel free to comment below.