Congratulations! Maaemo is 7 years today. On December 15th, 2010, the Danish chef Esben Holmboe Bang together with the Finnish sommelier Pontus Dahlstrøm opened the doors to a restaurant bearing the Finnish name Maaemo – meaning Mother Earth – but with the intention of taking their guests on a culinary ride through the Norwegian food landscape. Hand-dived scallops, langoustines the size of a lobster, wild herbs and flowers, and all the wonderful flavors of our rich agricultural heritage. At an odd location – towering like a glass and steel fortress above the railroad tracks leading into Oslo central station, and with the tall buildings of Barcode looming as a backdrop – Maaemo was something completely new. The first purely New Nordic fine dining restaurant at this level in Oslo, with a strong philosophy of using only local, either organic, biodynamic, or wild-growing produce.

From day one, with a few notable exceptions, Maaemo got standing ovations and top scores from food critics and writers. In 2012, the prestigious French Michelin Guide decided to award them two stars directly – which was unheard of in the Nordics at that point (they later repeated that feat for Fäviken Magasinet in 2016). Four years later, in February 2016, Esben Holmboe Bang was the first ever Nordic chef to receive three Michelin-stars. He shared that honor with Rasmus Kofoed of restaurant Geranium in Copenhagen.

My first visit to Maaemo was in January 2013. Some of the signature dishes were already on the menu, like the langoustine with spruce, the oyster emulsion with mussel and dill sauce, and the remarkable brown-butter ice cream. I revisited in March 2015 and documented the meal, again in February 2016, August 2016, January 2017, June 2017, as well as in October and twice in November this year. The celebration dinner below was one of them, and the other I haven’t had time to write about yet. For every meal at Maaemo, I get more and more impressed, and it makes me proud of Oslo and Norway.

A Celebration With the Most Incredible Line-Up of Chefs 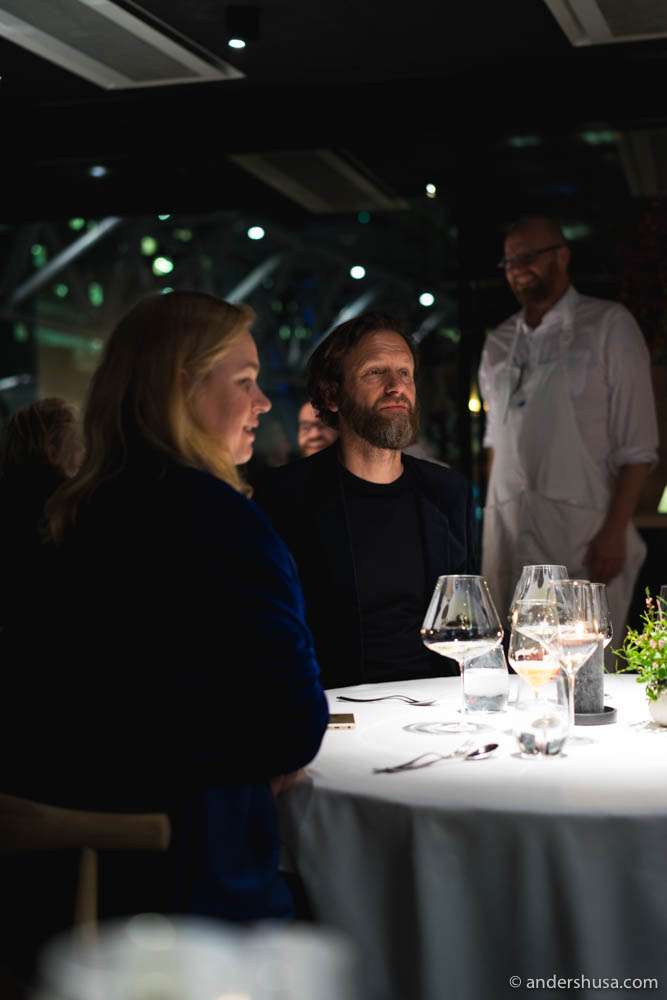