My first visit to Estonia was back in 2015, after which I made a short guide to Tallinn restaurants. It included only four places and the one I was the least impressed by back then was actually restaurant NOA. I have since been back to the Estonian capital several times and seen the food scene evolve immensely. This summer, I finally made a more complete city guide which included more than twenty of the best spots for food and drinks. However, I did not return to NOA until a week ago. Located in the same venue as NOA Chef’s Hall (Estonia’s best restaurant by far) is this casual sister eatery which has a completely different style to its food. While the head chef, Orm Oja, is doing his Nordic-inspired Estonian fine dining concept over at the Chef’s Hall, restaurant NOA has taken a far more international approach to its cooking. Three years later, the kitchen also seems to have found its confidence and the flavors are more in balance.

Looking for more great spots for food and drinks in Estonia’s capital? Check out our city map of Tallinn!

We were a group of six people seated at one of the round wooden tables in the middle of the dining room near the panorama windows. The perfect setting for sharing food, so that’s exactly what we did, ordering six out of seven staters (€10-19), four different main courses (€14-28), and all the desserts (€7-12). Also, it would turn out, we had booked the front-row seats to a spectacular sunset. I’m still split in my opinion about the NOA dining space, though. I like room and the tables, but I’m not sure about the colorful and eclectic-looking sofas and chairs they got going on. I guess it’s supposed to be a contrast to the cleaner and slightly more formal Chef’s Hall interior.

Bread arrived at the table first in the form of crispy flatbreads. A spicy pepper paste topped with crunchy panko on the side. Delicious. My favorite starter was the unagi eel with sushi rice and an avocado flower wreath. Not in any way an authentic presentation of unagi eel, but nonetheless beautiful. Also in terms of flavor, it was leaning more towards the California-style of Japan-inspired cooking.

Another highlight was the lightly cured trout which came with a side of crispy brioche toasts, sour cream, onion, and trout roe. Combine each element to make little trout toasts and squeeze some grilled lemon juice over. Tasty! I immediately recognized this dish from the 2015 menu of restaurant Oko, where it was served with salted whitefish. Oko is owned by the same restaurant group as NOA, but has since changed location and also its concept. Thus, I guess the dish fit better on the NOA menu now.

Eggplant caviar doesn’t really share much flavor with its inspiration, but still fits good as a filling for cheese profiteroles. The duck carpaccio was a well-made dish and I liked the simpler presentation that differs from the old NOA style. On the weaker side was the avocado toast topped with pickled beets. Having just tasted how amazing fresh guacamole can be at restaurant Katla in Oslo, this was a disappointment in comparison. The sourdough toast needs to be more crunchy and easier to cut through as well. The green taco didn’t taste bad, but aside from the presentation, there was nothing with the dish that screamed taco, in my opinion. Perhaps the Caesar sauce was too dominating. Again, I can’t help to think that restaurant Bass in Oslo used to have a much more successful fusion of taco and Caesar salad on their menu. They currently do a tar-taco, which tastes of both tartare and taco, so the idea is great.

Based on the dishes we had, restaurant NOA is currently stronger on the starters than the main courses and desserts. However, the lamb kebab was a great dish that deserves a special mention. Served with a red coleslaw salad, yogurt sauce, and chili oil. Plus the same style of fries that they also served at the current restaurant Oko.

Desserts still resembled the old NOA from 2015, with similar presentations and even a dish that had survived – the Josper banana. I’ll admit, it was tastier than I remembered, but then again, the flavors have probably been changed even if the presentation remained. I’m still not too sure if I liked it, though. My favorite was actually the chocolate fondant with vanilla ice cream and almond crust (not pictured), which is not in any way my typical dessert choice. As for the cheesecake, I would have liked it more classic and without ice cream and the cast iron pan plate. Generally, the sweets were too sweet for my palate.

In conclusion, NOA has come a long way since my last visit. In 2018, this is a place that I am much more comfortable recommending. That’s why it’s now also included in my city guide and map of where to eat in Tallinn. 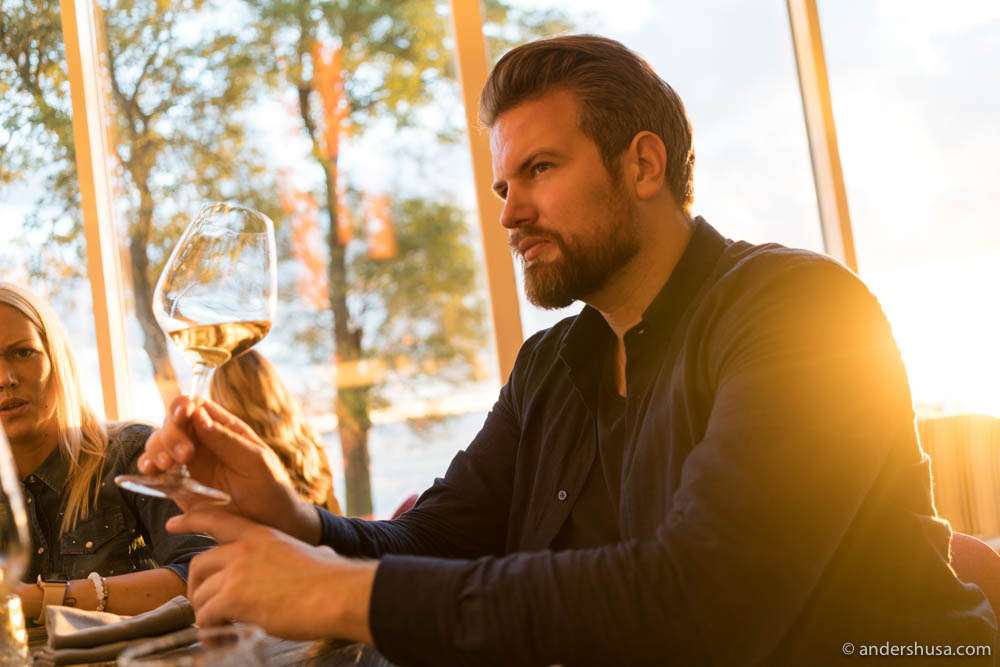