It was an evening in May that my friend André Blomberg-Nygård called me and gave me an hour to decide whether or not I wanted to travel to Fäviken Magasinet in Järpen deep in the Swedish woods. I had wanted to visit Fäviken for a long time already. In fact I had already bought tickets for an evening in November this year. However, this was a special event, André told me. The Grand Gelinaz Shuffle on the 9th of July! The tickets would disappear in no time.

The Grand Gelinaz Shuffle is a once-a-year event where 37 of the best chefs in the world swap lives and restaurants for one day. In Scandinavia the restaurants Noma in Copenhagen, Henne Kirkeby Kro, Spritmuseum in Stockholm and Fäviken Magasinet took part. As a guest you wouldn’t know who would serve you the meal until you sat at the table. The chefs were flown in just a few days before the event.

Unfortunately, André had to cancel last minute, and I had to find a replacement. I announced on my Instagram that I needed company for the trip, and before I knew it I had Andreas Viestad calling me. I had never met or talked with Andreas before, but we decided to travel to Fäviken together.

Fäviken Magasinet is situated in the middle of nowhere in Northern Sweden. The head chef is Magnus Nilsson, a young Swede who grew up in this area, moved to Paris to work in the top gourmet restaurants L’Astrance and L’Arpège and later came back. Today, his restaurant is ranked no. 25 on the World’s 50 Best-list and last year it was no. 19. A remarkable achievement! 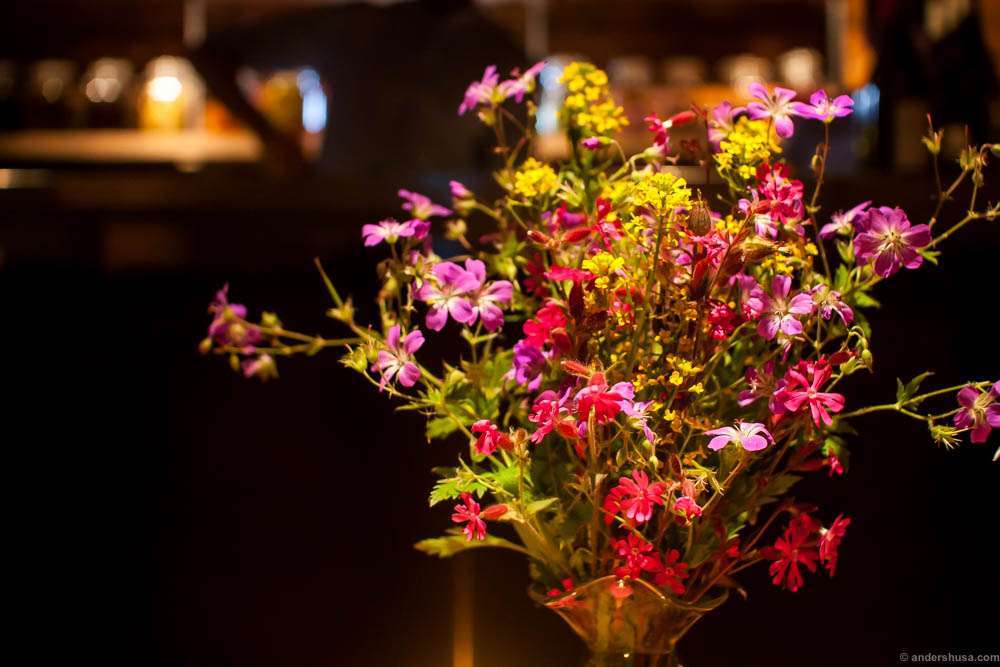 To get to Fäviken from Oslo we had to fly to Trondheim, rent a car there and drive another 2,5 hours into the forest. We arrived late afternoon, about 1,5 hours before our meal would commence. It was raining slightly, the wind was blowing and the air was cold. Yet, when I stepped into the entrance hall and felt the warmth from the fireplace wrap it’s arms around me, I’ve never felt so at home anywhere. The smell from the kitchen filled my nostrils and reminded me of the evening we had in front of us. 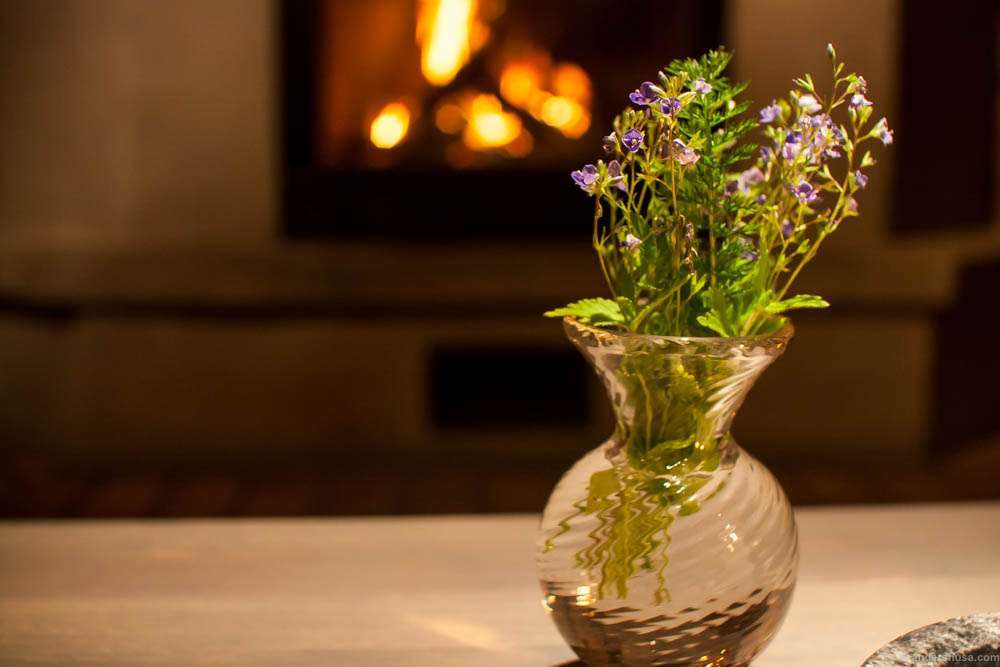 Obviously, unless you live in this area, you have to spend the night at Fäviken as well. We had booked one of their 8 two-man rooms. Our host followed us out of the main entrance hall, across the lawn and into the accommodation premises where we were shown our room as well as the sauna! Andreas wanted a quick nap, but I could not let the chance of a warm spa experience pass out here in the middle of the chilly Swedish nothingness.

We had wondered a lot about who we would get as our chef this evening. Would it be the French masterchef Alain Ducasse? René Redzepi from Noma? Or perhaps Danny Bowien from Mission Chinese Food in New York? The latest rumors, based on an Instagram photo posted by the Gelinaz account, suggested it would be Inaki Aizpitarte from Le Chateaubriand in Paris.

After a few glasses of Champagne and white wine in the sauna, I headed for the bar where we were served a welcome drink. More champagne. Finally, we were about to find out who our chef this night would be. The menu of the evening lay on the tables. It was not Inaki – the Gelinaz shuffle had played tricks on us. Instead, it was an Italian chef called Riccardo Camanini from the one-Michelin-star restaurant Lido 84 located near the Garda lake.

To be truthful we were a bit disappointed to get a chef we had never heard of. Riccardo is probably a great chef in his own restaurant, but the Gelinaz shuffle did not make his performances shine. If anything we had the feeling that we were missing out on a much better meal, had only Magnus Nilsson done his magic as usual. That is not Riccardo Camanini’s fault, though, it is rather the risk you run with the concept of shuffling chefs around. A lot of fun, and very interesting, but maybe not the best food necessarily.

The next morning we woke up to enjoy the classic Fäviken breakfast. There was no Gelinaz twist on this, luckily. I have to admit I have felt better than I did at this point. Considering the amounts of food and alcohol the previous night, combined with not too many hours of sleep, and I could still feel the aftertaste of my first experiences of both snus and cigar. All was forgotten, though, when the breakfast came to the table. The most amazing breakfast you can ever imagine.

Before we headed home we decided to pay a visit to Undersåkers Charkuteriefabrik since we had dined with the owners and gotten their address last evening. That turned out to be just perfect as I got to purchase and bring with me some great cuts of meat to my parents where I was heading later that day. 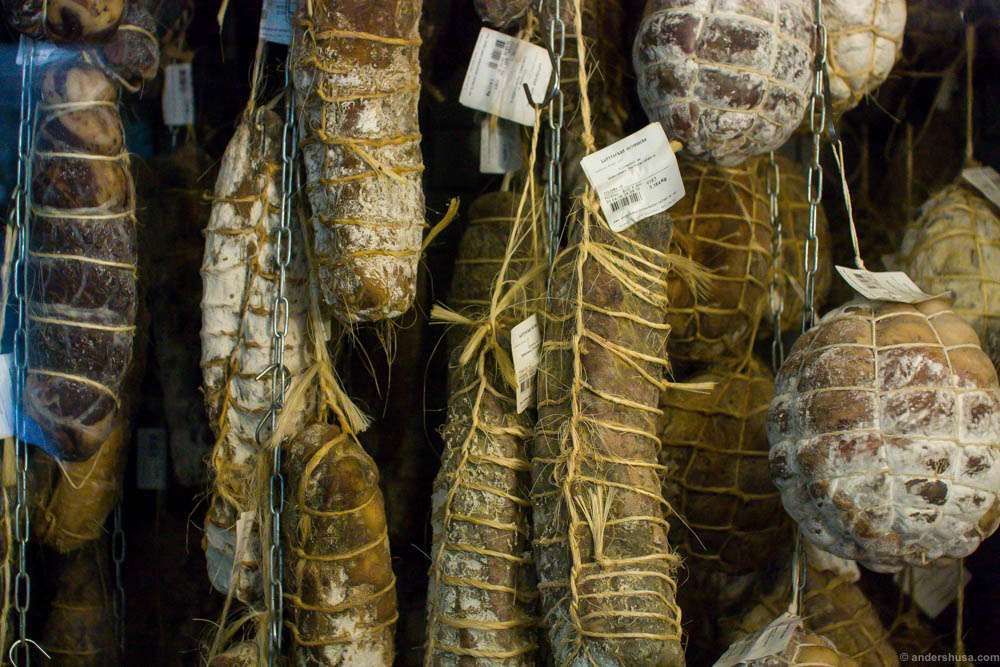 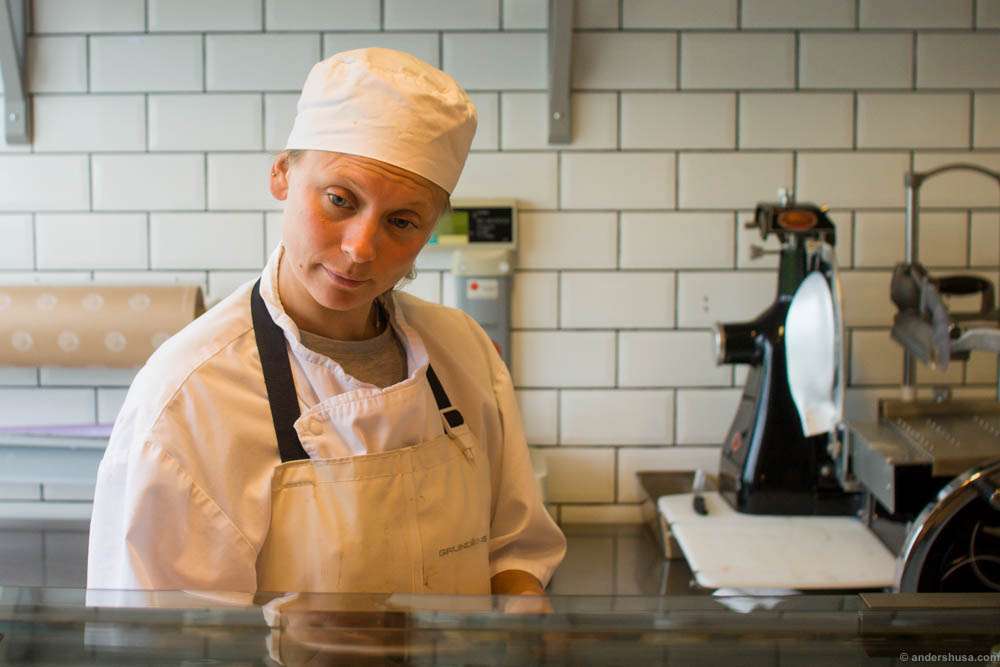 Did you take part in the Grand Gelinaz Shuffle anywhere in the world? Or have you eaten at Fäviken Magasinet before? What did you think? Please drop a few words below.