Through graffiti-adorned concrete walls, up a rusty service elevator reminiscent of the Twilight Zone, down a hallway where rock music and the scent of marijuana seep from band practice rooms is a hidden oasis. Restaurant Alouette, Copenhagen’s newest Michelin-starred restaurant, is situated in the unlikeliest of places. A beautiful juxtaposition of grunge and luxury, it’s a location that instantly begs the question: are you ready for a culinary adventure? The five-course tasting menu is quick and punchy (and very reasonably priced), unlike other more drawn-out dining experiences. Highlights included the pain au lait with apple and bacon butter and the turbot drenched in chicken sauce.

Alouette chefs greet us at the entrance

Who would expect a Michelin-starred restaurant here?

The Københavns Møbelsnedkeri workshop is located below the restaurant. 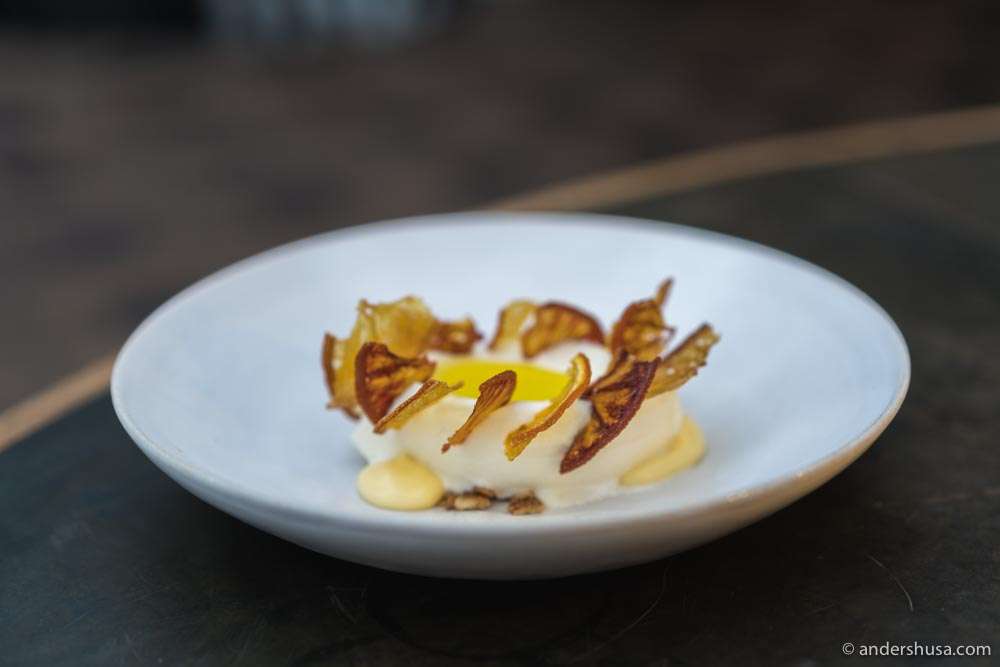 The open kitchen at Alouette

This beautiful dining room is located in an old band practice room!

Have you been to Alouette? Leave a comment below.